When I first started dating Matt I knew he was quirky–but it wasn’t until Valentine’s Day that I realized he’s sometimes even quirkier than I am. And if you know me, you know that’s definitely something unique. 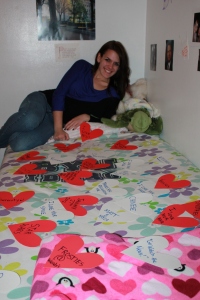 Valentine’s Day started seven days before the actual holiday the year we met–and every day leading up to it he planned something special. The first day he had my room mate put hearts all over my bed, the second was a teddy bear, the third was a box of candy, the fourth a little poem he wrote–and so on until I found a bouquet of lilies on my desk in a classroom on Valentine’s Day. The tradition has continued–for other holidays, too.

And this year, I think more than any other time, was pretty special. My birthday started early this year. 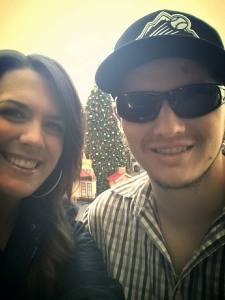 And today’s gift was a date planned for this morning (since I work nights) which was a complete surprise until we pulled our car up to a beautiful shopping square in Redmond. And then I knew because I had been talking about it. There’s a theater Matt had discovered while out with his brother a couple weeks ago–it’s called I-Pic, and it’s a theater complete with recliners, blankets, personal pillows, and waiters that serve you anything you’d like from an elaborate menu. And this time, we had the theater all to ourselves *Maybe because it was 10 in the morning, but we can pretend.*

But seriously. Best. Birthday. Surprise. We saw a movie I’ve been dying to see because it has my favorite actress, Rachel McAdams–“About Time”. And the movie was nothing short of beautiful–I won’t have any spoilers here because you should just GO see it. Seriously. But I will tell you this–it makes you think about how you’re using time. 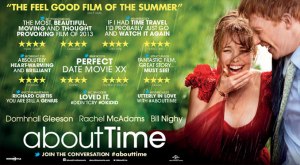 And that’s something I’ve always been fascinated with. I’ve always been intrigued with memories–how time bends and moves and pushes us forward. The possibility of going back, and the repercussions if we did. So obviously, because of that strange little fascination I’ve read every book on time and relativity (Einstein is my favorite genius) and I’ve seen every movie involving the subject.

But this is the first time travel movie that digs into how time travel isn’t necessary when you use each day wisely, observe the small things, and CHOOSE to make the most out of each little moment. When you live life deliberately, there will be no need to go back and re-live it.

As I was watching it I couldn’t help but think of Matt, who was right beside me chewing on coconut shrimp and watching a movie he obviously wouldn’t watch if I hadn’t wanted to. He lives life deliberately. He uses his time so wisely–making sure that every single moment I feel loved and appreciated. Throughout our marriage, and even before that actually, I can’t think of a single time where I felt like if I walked out the door and it was the last time seeing his face that we’d have regrets. Because he loves completely. From surprising me for my birthday with a movie in a vacant theater to playing with his nieces and nephews on the ground to coming back a second time after saying goodbye just to give me one more hug before he leaves for school–he doesn’t waste a second.

It’s inspiring. And during the movie I kept thinking about what it would be like if Matt and I were the characters in that movie–given the gift to go back and change it all moment by moment or possibly just perfect the things that turned out a little less than perfect. I kept wondering if we would. But no, I decided. Time is never wasted, even when things don’t work out exactly how we might want it to.

For us, it’s completely and fabulously embraced. I hope it can be that way for you, too.

And I have Matt to thank for that.

So Happy pre-Birthday to me: I have the best husband in the world– and I wouldn’t change a thing.