I struggled because it’s been a personal battle within my mind from previous experiences and pains and heartache. But I couldn’t not write it..

It’s the topic of actively helping those who are addicted to pornography.

The topic is hot on the press right now, especially after President Kim B. Clark of Brigham Young University-Idaho (the school I attended) caused a stir among bloggers and social media after a talk he gave called “Wounded on the battlefield”. After that talk a video was released.

Watch it here: Wounded on the Battlefield

I’m not going to go into the depths of why people find this bizarre or why bloggers are pounding out long posts about how we shouldn’t live to be tattle-tales and that watching a few inappropriate things are in no way comparable to a bleeding soldier in need of care. I’ve already wasted enough energy thumbing through comments and forums where almost every single person defends pornography and sneers at the fact that it’s an addiction–or an addiction that needs outside intervention.

Today I’m here to only write about why this message from President Clark is true.

And I only know this because for so long I didn’t think it was my problem. I knew pornography was a problem–I felt it in my gut when someone I love so much became addicted. His eyes were different. He became withdrawn. It became such an addiction that he took less precautions to do it secretly–and people found out. But even realizing his family was hurt–or that I was hurt–he kept going. It wasn’t because he didn’t love people. It was because he needed it now. Much like a drug or a drink of alcohol or a blade cutting the skin–it was a feeling that needed to be satisfied in order to function. 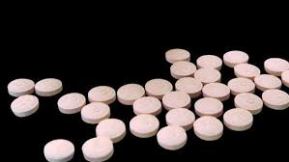 But I didn’t see it that way. I saw something that was disgusting and vile and suddenly labeled HIM as disgusting and vile. I became self-conscious when he looked at me, almost afraid to make eye contact. I didn’t want to be around him often and I even stopped praying for him. I was hurt that he didn’t seem to care. I was hurt that women had to be horrifyingly vulnerable victims in a man’s lustful world. I started to have a hard time with dating–were all men like that? I turned away from a bleeding comrade and essentially left him to die.

But why would I do that? Over the years I’ve come to realize I wouldn’t turn my back on him if I knew he snorted crack every night. For Heaven’s sake, no. I wouldn’t dance around the topic with him if I saw ugly scars from razor blades all across his arm or if his eyes were sunken and his rib cage transparent from anorexia. So why would I turn away from this?

Pornography is an addiction.

I’ve interviewed doctors, medical professionals, and therapists in the past while doing news stories who all claim pornography is physically damaging to the brain– much like heroin even. It can diminish relationships, cause women to become objectified, and lead to thoughts *or actions* of rape, sexual abuse, or violence.

It’s a tragedy when it introduces itself like a venomous snake across a computer screen or in the folds of a magazine. It’s a tragedy that our sons and brothers have to pass by a gigantic wall of a woman’s chest outside Victoria’s Secret every time they walk through the mall. It’s a tragedy when the heroes in the movies are the ones who have an armful of women that they can use without any recourse.

But the bigger tragedy is when we refuse to see it as what it is and we turn our backs on those who need us most.

I know how easy it is, especially as women, to say “Well, it’s not my problem. It’s his.” Sometimes turning away may include divorce, unfriending, or just sitting in shameful silence when he’s behind a closed door. I’m not saying that there may not be a point when divorce or walking away is an option–sometimes for personal safety that’s what some women have to do. I respect that decision and won’t speak against it.

But for the most part, in most circumstances, I’ve also learned over time that it was my problem all along simply because I loved him. It’s my responsibility to speak up–to point to the snake with its fangs in his throat–to stand up and initiate help. The Savior bears every single burden–every single sin–every single shadow that wrestles for our heart. What need have we to do the same for those we love? 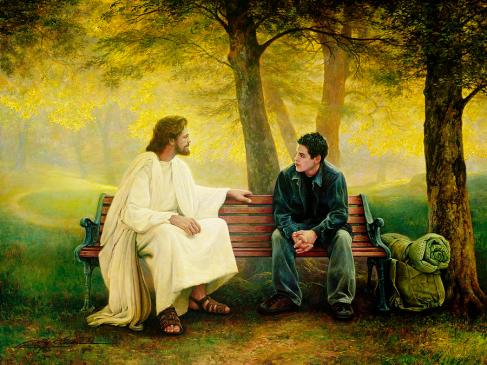 Galatians 6:2 simply states: “Bear ye one another’s burdens, and so fulfil the law of Christ.”

Since the Lord has counseled me about this struggle I have–this struggle of hating the sin on that computer SO much that I immediately despise the hand on the mouse–I’ve had plenty of opportunities since to right the wrong. I’ve had a close friend come to me and tell me he has the same addiction. I’ve had people in my life who I’d die for tell me it was an addiction at one point in their past. And more and more, as I work on it, I’m better able to kneel down to that fallen comrade and press my hands against the open wound while yelling out for help. More and more, I’m aiming to remember that the problem of a brother or sister in Christ is mine too.

I realize this is an unpopular belief. It’s not exactly comfortable to talk about and for some young men or even young women, it’s a topic that makes them defensive. Because the hardest part in any addiction is admitting that it’s an addiction. It’s also a topic that can be embarrassing for both sides. I remember not wanting anyone to know that someone I care about is dealing with it. I was a master of disguising shame.

Be that light. And “don’t be silent”. 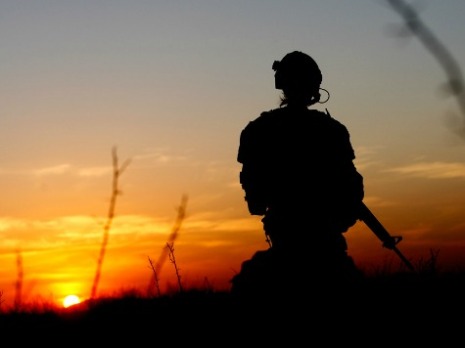 20 thoughts on “He’s addicted: And it’s your problem too”