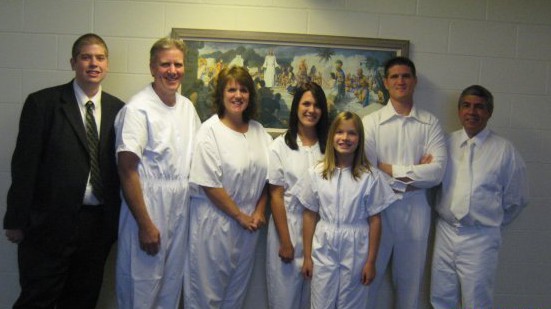 I still remember the smell of the chapel as I sat down five years ago.

It was a scent l I hadn’t smelled before–a scent that I’ve since gotten used to. The walls were bare except for some paintings of Christ and people I didn’t recognize and I wondered briefly where the crosses were. I remember touching the broken spine of a hymnal and only recognizing one or two hymns inside.

It was different. Somewhat strange. It was my first time in an LDS chapel and I had just turned 19.

And I often go back to that day to remind myself that THAT is who I chose to be. A Latter-day Saint.

I know the terms are interchangeable, and I often use the term Mormon, just like you probably do. There’s no harm in that and I’m not splitting hairs. But for the purpose of my story I would venture to say that those two terms mean totally separate things. From being in the church only 5 years, I already would bet my life on it.

It’s so easy to get caught up in being Mormon. Even for me. And that’s because we all start as Latter-day Saints and then get plunged into a culture that demands so much. Pinterest-inspired Relief Society invites, canning activities, the details behind missionary preparation *and God forbid, any hesitancy to go*, The Princess Bride, John Bytheway, short engagements, Stake dances, *and my personal favorite* “So when are you going to have a baby?” after a month of marriage.

And that bothers me.

It bothers me because I still retrace my steps five summers ago into the chapel for the first time and I still remember opening the Book of Mormon and seeing Alma at the top of the page for the first time. I still remember how it felt to learn about forever families— and to not just vainly repeat, “Families are forever” or nail a pretty sign that says the same thing above a door frame. I remember how it felt to really let the message sink in and to cry into my hands when I realized, without a doubt, I’d see my uncle again who died just a month before I learned about the church.

I remember how it felt to say for the first time, “This church is true” and to not be able to go on with what I had to say because it overwhelmed me how true the statement was–and how it changed my life. It wasn’t repetition. I didn’t say it to fill time or to keep up with the standard. My heart just knew it. 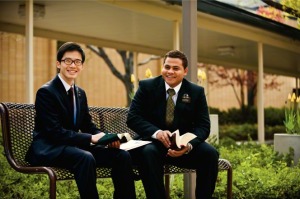 It bothers me that so many of us have forgotten who we really are because we’ve exchanged it all for a lifestyle made out of old habits. There are those who stray from the culture–the women who work two jobs outside of the home and the single dad; the young man who decides to wait a couple years to serve a mission; the young woman who celebrates 30 years old without a ring on her finger; the couple who can’t have kids; the wonderful stay-at-home mom who is so over-exerted she sees a psychologist every week; the kid with autism who doesn’t fit in. There are thousands–maybe millions–of Latter-day Saints who are forced out of a gospel they fit into because a culture whispers to them that they do not.

And that has to stop. We need to regain footing of who we are and the beautiful gift we’ve been given.

When I chose to be a Latter-day Saint I chose that “I would follow, thee”. I chose that I’d spend my whole life telling people about the book that changed my life in a week.  I decided that I’d dress modestly not because everyone is forced to out of tradition, but because I represent Him. Five years ago I learned that the prophets from long ago told the truth and their sacrifices made way for me to find out about the good news–and I can’t forget that. It was my decision to leave it all behind–old beliefs, friends who no longer wanted to associate with me, comfortable familiar church buildings, and songs I learned as a toddler–for an unfamiliar gospel that I somehow KNEW was true. And nothing convinced me of it other than Him. Not culture, not tradition, not anything else.

Our culture has lots of good, don’t get me wrong. And if we remember why we do some of the things we do the spirit will come back to it. But don’t let it make you forget. Don’t let it deter a soul who has just heard “Lord I would follow thee” and doesn’t know yet that families are forever.

Everything else is meaningless.

131 thoughts on “Why I chose to be a Latter-day Saint: And not a Mormon”