He said it almost immediately, before I even knew this would be much of a story. But it’s a story that needed to be told, with or without his picture.

This is Jay’s story.

The addiction started when he was just fifteen. And so did the dreams.

Dreams that hit him hard in the middle of the night–even when he was completely drunk out of his mind or still sniffing the last of the powder on the rim of his nostrils. Even when he passed out, needle marks in his arms, the dreams hit. And it’d wake him up and remind him that on his 18th birthday he was going to die.

He didn’t take the dreams seriously, really, although in the back of his mind he always wondered why he kept having that same dream. A foggy staircase, yelling coming from behind him–and that fatal shot to the head.

But then his 18th birthday came and he couldn’t shake the dread.

“I didn’t know what it meant,” Jay said. “All along God was trying to tell me something and I just kept pushing it away. And so my 18th birthday came, and I decided to get high with friends.” 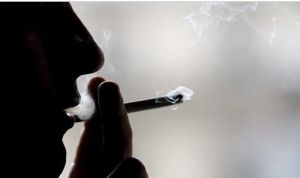 Sneaking out after dark, Jay snorted, drank, laughed, and smoked his way until dawn, filling his body with so much substance that, “I don’t even know how I lived through that” he says now.

Marijuana, cocaine, heroine, opium–Jay kept going long after his friends were passed out. By morning he was ready to go home and not wake up for another year.

“But that’s when another friend called,” Jay said. By this point in the story his eyes are lost, just a little bit past my shoulder. “That day my whole life changed.”

A friend convinced him to go with him and a group of guys to get some drugs for a good price. Jay didn’t want to go of course–he could hardly see straight. But he did.

“I don’t remember much,” Jay said. “But I do remember snippets, like from a movie. I remember holding a guy by his neck and yelling at his face. I remember three loud pops and a pain in my head like a rock hitting me from a slingshot. I remember looking up at a blurry staircase and seeing someone yelling in Spanish, pointing a gun down at me. But that’s when it goes black.”

Jay woke up in a hospital handcuffed to the bed.

The sentence was 7 and a half years for 1st Degree Robbery with Gun Enhancement.

“On top of that, I had been shot three times,” Jay said. “I died for two minutes. But they brought me back.”

And the story should have ended there. But it didn’t.

Jay didn’t stay true to the rules that most prisoners go by. He didn’t follow a certain pack. He’d play pinnacle with the Russians and then get his hair braided by the blacks. He’d speak Spanish to the Latino group and strike up conversation with the Italians. The guards didn’t like it so Jay spent more time than usual in solitary confinement.

With nothing but time, Jay turned to books. “I read and studied about every religion you can think of,” he said. “But all I kept coming back to is there’s a God. And he hears me. He loves me. He forgives.”

Jay prayed–talking to God as if He sat in the corner with his ankles crossed, nodding along to Jay’s stories and offering a hand on his shoulder when the tears would come. The concrete walls weren’t enough to keep the words locked inside. God was right there in the room.

“I decided then and there that I’d never take drugs again. It’d be a hard road, but I couldn’t go back. I made a promise to God.”

And it wasn’t easy.

After serving his sentence, old friends were quick to invite him to parties again. Dealers he knew from the past had special deals on the baggies of white stuff they carried in their bulging pockets. The past–with its dark, luring fingers–begged him to come back.

He had to walk away from old friends–people he even cared about–and for years and years he had to move jobs every few months when background checks failed and employers shooed him out. Jay had to leave his old town and meet new people and spend Friday nights convincing himself that it’s better to sit alone then to sit with wrong company.

Even now–years later–after meeting his wife and having three children and finding more joy in teddy bear tea parties then in beer pong–it follows him. And that’s because it’s the path he once chose.

“I’m an addict,” Jay said. “I always will be. But that’s not all I am. That’s another man inside me that fights to come out every day. But he doesn’t win.”

We live in a world where addiction is taboo. Especially within the church. We smother talk about pornography and we wrinkle our noses in disgust at cigarette smoke following a man into the chapel. We often categorize alcoholics, even subconsciously, as people who have no self-control and we label food-addicts as fat, lazy, or disgusting.

We tend to judge addicts more harshly simply because we’re taught to label addicts as sinners worth shunning rather than prisoners worth saving.

We often forget that the Savior himself sits in solitary confinement, listening to a prisoner, and forgiving him despite it all.

But Jay hasn’t forgotten it. Not for a second. 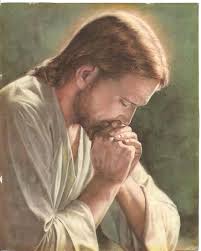 “It’s been years now, but it’ll always follow me,” Jay said. “When I get stopped for a simple traffic ticket now, the cops will always call for back up when they see my record. And I don’t get mad. I understand it. It can be hard to live in a world where your mistakes follow you, but I know that doesn’t define me.”

How do you do it? I ask. How do you live that way?

Jay is hoping to instill the same message into his three little ones now. His daughter has nightmares sometimes and wakes in the night crying and fearful. He said he’ll take her and walk around the house, praying and waving a smudge stick the family has as a physical symbol of God cleaning the house and keeping them all safe.

“It’s exactly what I did in my cell, in a sense,” Jay said. “I tell my daughters–‘Now we can use different things to make us feel a little better, like this stick. But first we must pray. We must always pray.”