I thought of you today.

It’s a day before Easter Sunday and I was finally able to see “Son of God” in theaters. A fitting time, if you ask me.

Throughout the movie I tended to focus on a particular person: The sinner.

Judas, who betrayed Jesus all for a handful of coins and ended his life because of the shame of it. Peter, who denied Christ three times and couldn’t even bear to sit at the foot of the cross because of his shame. The woman caught in the act of adultery, who cried at Christ’s feet and expected nothing except a stone. 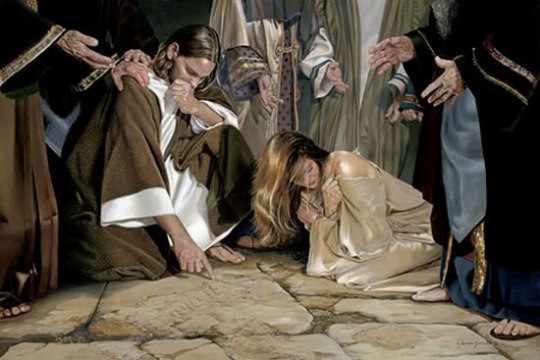 The woman in the crowd who reached out to simply touch the hem of His garment–hoping that it would simply make her clean again. The pharisees, who within their doubt and corrupted laws, hammered nails through the purest hands that ever came to earth and then fell to their knees when the skies went dark and they realized they had killed the Messiah. Thomas, who doubted that Jesus would rise, and then fell in a guilty heap at the master’s feet when he saw for himself the holes in His hands.

The sinner is also you. Me. The man next to me who I’ve never met.

We often talk about Christ and his atonement and we praise faithful acts of John and Matthew while also scoffing at the fear of Peter. We shake our heads at the Pharisees who refuse to believe. We wonder how Thomas could doubt.

But then– ahhh yes. We come to a point in our lives when it hits us harder than usual that we too have sinned. That we too have slipped so far away. That we–just like Peter or the adulterous woman or the tax collector within the temple–have messed up horribly.

Sometimes that realization and the shame of what we’ve done is enough to keep us away from the foot of the cross. Sometimes our sins seem “so dark” or so beyond recovery that, like Peter, we decide to step back. That might entail skipping church every sunday morning. Maybe it means we stop praying. Sometimes we decide we’re too far gone and we let other mindsets or beliefs take the seat of what once was reserved just for Him. Then there are the times when we decide to put our scriptures in a drawer that never really gets opened again.

I write this to you, Sinner, because I’m a sinner too. And maybe, just maybe, this is more for me than it is for you today. Maybe not. But either way, I write this because I think that as humans we have the habit of seeing the beauty in the gospel and the faithfulness and power in others while telling ourselves beneath muttered breaths that we’re no good. That we’re lost. That we don’t fit in with the mold. That we’ll never be up to par. That Christ is beyond disappointed with us.

And I think that when we buy into that thinking, we step so far back that we trick ourselves into thinking that Christ was the one that stepped back first.

This painting was my Dad’s favorite. 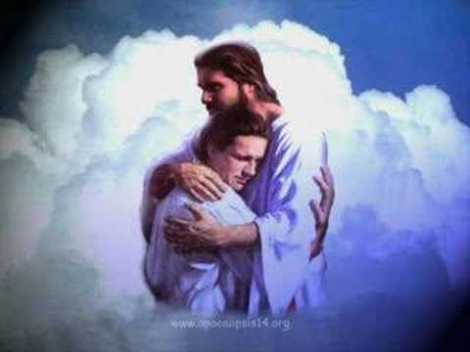 While he was hospitalized during the last month of his life before coming home to hospice, this painting was hanging on the wall opposite of his bed, and I would catch him staring at it often, amidst the muffled beeps of machines and the chatter of visitors. The one time I asked about the picture he told me that it’s his favorite because he feels like he’s the man in the picture. No matter what I’ve done or how bad I’ve messed up in the past, he said, Jesus will welcome me home with open arms and say ‘Well done’.

I wish, especially this Easter, that you’ll remember the same thing my Dad did.

I don’t know what kind of mistakes you’ve made. You might be a teenager who slipped up in a relationship and didn’t quite wait for marriage. Maybe you’re a victim of something that made you feel less than what you are. Maybe you’re overcoming an addiction or have spent the last fifteen years convincing yourself that church isn’t a place for you. Or maybe–I’m actually quite certain–you’re a sinner just like me who sometimes pushes Christ away when all He really wants to do is give a hug and show us the escape. We’re forgiven.

Christ came for the sinner. Not for the perfect. That’s my cue that we can let him into our damaged, fragile, beaten and bruised hearts. We can let him see into those dark shadows of our minds and those painful remnants of the past. He can see our scarred hands and tear-filled eyes and he can see all of our second, third, fourth, fifth chances and all the times we fell short. We can rise again out of the ashes and still be confident that he loves us. Each and every time.

Let him rescue you, fellow sinner.

Let him be your Savior.