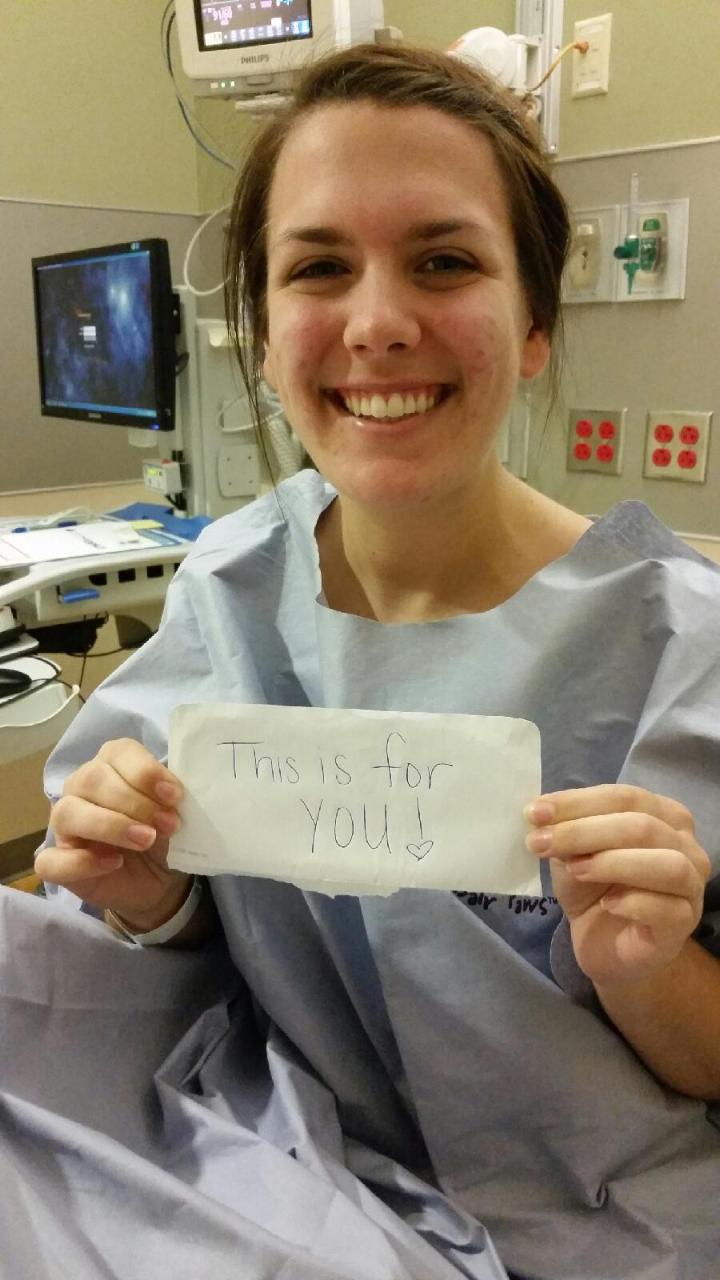 There’s not a lot I’ve been able to do this past week. I’ve been dozing in and out most days, at the whim of painkillers, heat packs, and Netflix. All three of those *equally* a Godsend. But between naps and monitored walks around my apartment I’ve had lots of time to think about everything that brought me here. And I mean everything. I wanted to write a blog about perseverance or faith. Something inspiring that would reach out to all those women–and even men–who have faced infertility and who needs someone to write them a love letter of encouragement. I’ve been wanting to write something beautiful that would detail my journey thus far and how I made it here at least. But the words wouldn’t come. They won’t come because that isn’t altogether the true story.

I wrote this blog post here one year ago. You’ll notice it reads “Part 1” and weeks and months went by and there was never a part two. It stopped right there at the exam table and I left all of you there with me in that too-white exam room, holding your breath as I froze in time and never got my shoes on to face the reality. 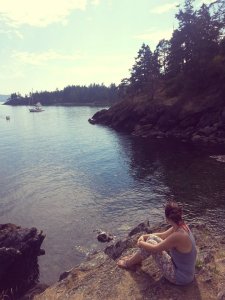 I left everyone at the diagnosis of endometriosis and failed to tell the story that unfolded even when I was too rigid–too uptight–to write it down. You see, I’ve read a lot about infertility. But I’ve yet to read the bold truth of it all–the ugly, gray, horrible day to day of dealing with it. Feeling it. Dreading it. Even when no one else does.

It took this last surgery to wake me up and remind me that people need to know that side of it all so all of us–all of us who face the trials of temporary or permanent infertility–can somehow latch hands and understand what’s within the circle that only we see. I’m reminded that people won’t survive simply reading about enduring to the end, sucking in the tears with faith, or looking ahead with hope. You survive when someone bleeds with you and shows you you’re not alone. You survive when you face the ugliness and you share the night, regardless of how vulnerable or naked you become. Your eyes must adjust to the darkness before you can take a step forward and find the light.

My diagnosis, like I said, was a year ago. But I had secretly known something was wrong for longer than that. My last blog about it explains it better. But the diagnosis was the point where “trying for a baby” became a nightmare. It’s the kind of thing we don’t talk about when we say to others with a smile, “We’ve been trying to start a family. We’re excited for when that day comes”. My husband and I rehearsed our lines. We prepared for gatherings. We knew what to say in almost every situation and how to not cry when someone with good intentions would pry. We had the script for being out in the world.

But at home–when no one is around to see–there is no script.

When you’re a woman struggling with infertility, you can never brace yourself enough for the blood that comes each month. The blood that reminds you–again–that there is something wrong. That once again, there’s no baby.

There’s no rehearsed lines when the pain is so bad that you find yourself in the hospital for a fourth time tied up to IV’s and answering “No, it’s just my endometriosis” when a nurse asks you if you might be pregnant.
And no one ever tells you about the fights–the terrible, deadly fights that break out between you and your spouse when the heartache becomes too much and the weight of it all decays passion or even friendship.

You rarely read about those things. That’s because it makes us humans uncomfortable, even if we’re honest with ourselves and realize that yes, we understand because we’ve been there too.

But lying here today–I’m surprised I haven’t drifted off quite yet–I want you to know the most important part of it all. And that is that it’s a gift.

Strange, I know. And probably not something you’d expect after I threw the curtain off of the journey and exposed the ugliness. But it’s something that this past year of struggling has taught me. I’ve been prodded with needles more times than I can count and I’ve spent paychecks on tests and consultations, hospital stays, and at last–this surgery. And all along I was hiding the misery of it all thinking it was misfortune. That for some random reason OUR lives were the ones chosen to deal with something bigger than our understanding. I was selfish in my thinking, I realize, but that’s how it feels at the time.

But my life–your life–is just as great a gift as the life of one who struggles differently. The gift of struggle has allowed me to never take a single breath for granted. It’s allowed me to feel the unparalleled joy and renewed optimism of hearing my masked surgeon FINALLY say four days ago, “We’ve got it all, Kayla. There’s nothing stopping you from having children now that I can see.” 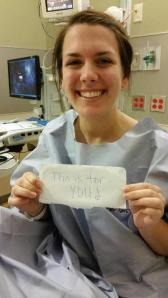 It doesn’t become anything until we tell it like it is to help others who walk the same path and who wonder if anyone else out there gets it. Infertility, I’m here to say, hurts so much deeper than the wounds it took to heal me of it. It corrodes marriages and jobs and the fragile minds of those who feel broken. It blinds us of our faith and tells us that we’ll never be normal. It makes us cold and sometimes it stops us in our tracks. And for those who will never be healed from it, it can altogether steal life from you if you don’t adjust your eyes to the dark and keep walking anyway.

I’m only 24. I’m only going on three years of hearing the word no and seeing the negative tests on the counter. But I stand with those who have had to adjust to the dark. The journey is not just about feeling the hope and the faith and the inspiring messages of courage. It’s about feeling the anger, the frustrations, the inadequacy and marching forward anyway without any source of light. That is the true gift. That’s what makes us human.

That is what will make us mothers. Mothers of our own children–or mothers of those who find themselves in the dark beside us.

And I’m here to remind you that both are needed.