When I was a little girl, I knew I’d be a working girl. I walked around in my mom’s high heels, my tiny feet barely filling the toes of them, a huge purse dangling from my shoulder. I’d pretend to go to the office, writing stories that I’d staple together, all the while holding a baby doll under my arm. Sometimes three baby dolls.

Everything except hold the priesthood. No thanks.

And I’ll tell you why. I’m a woman. And that is NOT meant to come across as a sexist remark. That little girl I was telling you about grew up and did the same thing she’s always wanted to do (minus the fact that my husband and I are trying for children, but aren’t yet blessed with them :)). I’m working a full time job in a busy news industry, keeping up a home, blogging, writing novels, serving as a primary teacher, and praying that at some point in the day I still have time to eat and maybe, just maybe, paint my nails. I know a lot of you are nodding your heads about right now. Especially the Mamas. Whether you work a job outside the home or not, if you’re a mom, you have it MUCH more challenging than the rest of us. Props to you. 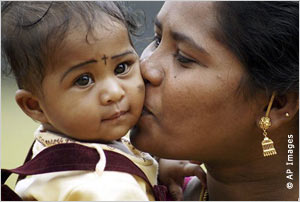 Being a woman comes with SO many responsibilities, and blessings no matter what religion you are or ethnicity. So when I heard that a group of feminists are planning to protest outside the LDS church’s General Conference center during General Conference because they want to be ordained with the priesthood, I became infuriated. Yes. Even a workaholic, women-are-equal, I-want-to-climb-the-ladder-of-success girl like me.

And it doesn’t just have to do with my religious reasons, although I’ll share those first. The priesthood is something we can all exercise. I use the priesthood all the time when I ask my husband for a blessing or I have faith in ordinations enough to fulfill tough callings. I use the priesthood when I attend the temple and when I read my patriarchal blessing and see things coming to pass. I use it all the time because it’s intended for me to use. Heavenly Father thinks I have great worth, and intended the priesthood to be used so that I can benefit from it.

But as a woman, it’s not my gender role to be given the priesthood in the same way that a man is. It’s not sexist. It’s not a superiority complex. It’s just the difference between responsibilities that Heavenly Father wants us to have, no matter who we are or where in the world we live. Because Heaven knows that the Lord has given us many responsibilities that men don’t get to have. I won’t even try to count all of those. *my head would hurt*

But like I mentioned, my biggest beef isn’t even religious reasons. It’s the fact that in today’s world, Mormon or not, whether you be Catholic or Atheist or Protestant–whether you be liberal or conservative– parts of the women’s rights movement is moving past the “equal” mark and taking it to the “We’re even better than men” mark. And furthermore, some even go as far as not wanting to even be considered a woman. A child was born some time ago (and I heard it through the news) and the parents of that child refused to disclose its gender. That makes me sad. Because for some reason the world tells us that being a certain gender will block off opportunities or back us into a corner. But that couldn’t be more of a lie. Your gender is a blessing, and a huge framework to who you are.

Femininity is something to be proud of, and I am proud to say that my Heavenly Father has endowed me with gifts that my husband doesn’t have, and has endowed my husband with gifts that I don’t have. But all those gifts benefit both of us. It’s an eternal principle that cannot be changed, even as the world changes. Even as extreme views pronounce that gender means nothing anymore because we’re all the same. But we’re not. We’re very different, and that’s what keeps humanity moving forward. 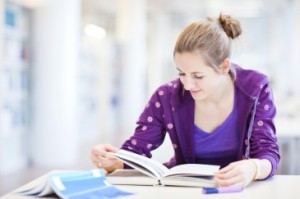 God’s law doesn’t change just because the world’s opinion does.

But when it comes to the world professing that gender isn’t a factor anymore, even if it means changing doctrine or naming baby girls gender-neutral names all for the sake of “making her equal to men”–I take a step back.

Because I’m a woman. And I’m proud of that. You should be too.

1,801 thoughts on “The Mormon feminist protest: And why I won’t be there.”

Join 3,163 other followers
Follow all our lemmony things on WordPress.com